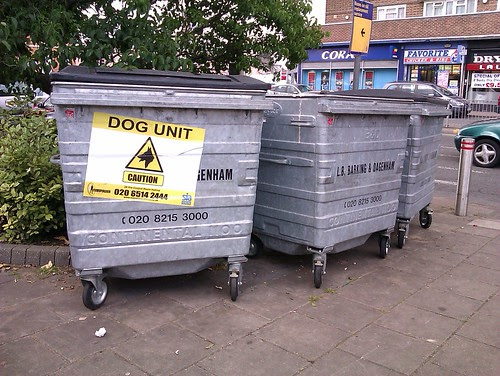 Clearing out some phone pictures

Posted by Roadscum at 07:11 No comments: 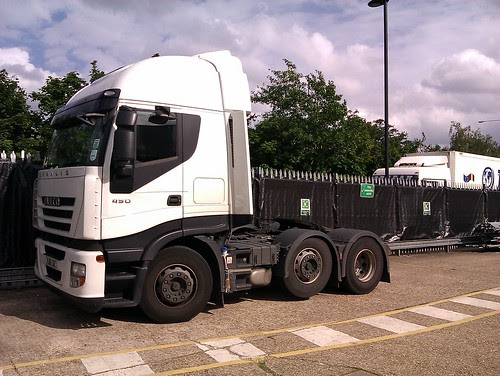 Not entirely hideous, a photo by roadscum on Flickr.

Clearing out some phone pictures.

Posted by Roadscum at 06:50 No comments:

Right, here's a link for you.

A girl on a bike got wiped out by a lorry in the Strand. I don't know precisely what happened, all i've heard (from @branchenergy on twitter) is that the lorry was turning left. The girl is hurt and in hospital, but not a 'life threatening' injury. The bike is scrap.

Not nice, not something i'll bet either the cyclist or driver wanted to happen. So why did it happen? I wasn't there and i don't know, not in this particular case. What i do know is that drivers sometimes fail to check the inside (lefthand) mirrors when they're turning. They should, but there's a lot to watch out for in a large vehicle and if the gap is too small for a car to squeeze down (or even sometimes when it is) and there was nothing on the inside when you stopped, and you're checking the lights and the space you're going to swing into on the other side of the road and any number of other things, it's easy to forget. Not much of a problem anyway, there's nothing there, is there?
Now a cyclist, wanting to get up to the front, sees a gap that, while too small for a car, is just wide enough for a bike and doesn't happen to notice the left hand indicator flashing (if it's on, that gets forgotten too sometimes, or pops off as the steering turns). Cyclists are supposed to follow lane discipline just like any other road user, i'm pretty sure that's in the highway code somewhere, that means not squeezing between lanes of traffic at the lights. But we're only human, we all do things we're not supposed to. Or forget things we are.
So you've got two road users, both of whom are being a bit naughty and not doing what they're supposed to, and they both stand to suffer the consequences of their actions, the driver might get a fine, loose his licence or his job, even get a prison sentence, though that's not very likely. The cyclist? Well they won't get a fine, they just might not have to worry about walking afterwards. Or breathing in a distressingly large number of cases. If that hasn't quite sunk in, i am talking about wheelchairs and coffins. Got that? Not nice at all.

Naturally we can prevent this and make everything all nice and safe by changing the law, making lorries fit all sorts of weird and wonderful mirrors and warning devices, and bringing in tougher sentences for negligent drivers, so that next time two people in the same situation make the same mistakes and get distracted and forgetful, we can just wave our magic wand and bring a squashed cyclist back from the dead, yes?

The point
People forget things and get distracted, they shouldn't and it's wrong but they do. If you ride a bike, PLEASE DON'T SQUEEZE up the side of lorries in traffic. Apart from anything else, it's a waste of a good bike.

It's about time i posted something here. If you want to know what's going on, read the bloody set description!

Posted by Roadscum at 13:47 No comments:

You know, you're not just feeding the ducks...

You know, you're not just feeding the ducks..., a set on Flickr.

Here you go, a bit of local wildlife for you.

Posted by Roadscum at 06:48 No comments:

A couple of days in York, a set on Flickr.


I was up there recently for a few days of rest and gentle, camera based relaxation. Enjoyed it a lot, York is a great place if you like picturesque old stuff and beer. Oh and rivers, they've got some of those too. Yes, i liked it a lot. but still not enough to be looking forward to going up there again tonight because 'the trunk driver didn't turn up and you were the only cover we could get'.

I doubt very much if i'll meet John Allison either, not unless he's unlucky enough to be driving up the A1 at midnight. He does write some bloody good comics though.
Posted by Roadscum at 09:09 No comments:

Wandering around Walton on the Naze in the dark

Wandering around Walton on the Naze in the dark, a set on Flickr.

Once upon a time, long , long ago, i took a picture here in the low, fading evening light. I took it with a cheap plastic instamatic type camera, using film that was a year out of date. It's dark, grainy and heavily vignetted and quite quite wonderful, it looks like some kind of primordial landscape, like from when life first emerged from the seas. It is, i think, the best picture i have ever taken. One day, with all my fancy digital kit, one day, i'll catch that picture again...
Just not today.

Posted by Roadscum at 14:41 No comments: